If you use a Windows-based computer to set up and manage registration processes using Learning Stream, you have a lot of company. Various Windows operating systems remain by far the most commonly used computing platform among both Learning Stream administrative users and those who register for their classes and other programs. 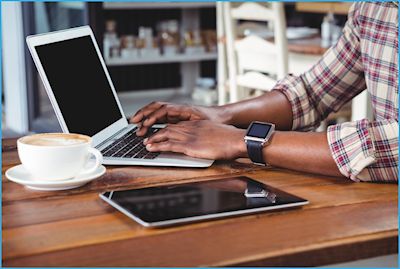 OS. Windows NT includes many Windows versions, including Windows XP, Vista, and 10 (the latest version of Windows), among others.

Another Windows operating system—Windows 7—came in second with more than 32% of all administrator use. Mac OS was a distant third with 8.35% of users, and Google Android—which is based on open-source Linux—was the only other OS with more than one percent of users. It tallied 1.24%. Several other platforms were each represented by small fractions of use.

Registrant OS use
On the registrant side of the sign-up process, non-Windows operating systems command a slightly higher share, though Windows is still at the top of the list. Windows NT accounts for just over 31 percent of use among registrants, while Windows 7 is more than 23%. Mac OS accounts for more than 9%, and Google Android is more than 4.5%. Many additional platforms each represent less than 1% of operating system use among registrants.

Mobile access among registrants—those registering via smart phones and tablets—account for much of the higher numbers among non-Windows operating systems.

Global Trends
Beyond Learning Stream use, operating system market shares haven’t changed much in the past year, though Mac OS is gaining a little ground. Windows OS (all its versions) represents just over 88% of all computing platform use. Mac OS in the past year has nudged up nearly a percentage point from 8.44% in September 2017 to 9.37% in August.

If you have questions about registration management using any operating system, please contact Learning Stream at your convenience.

In this the right place for seeking registration software?